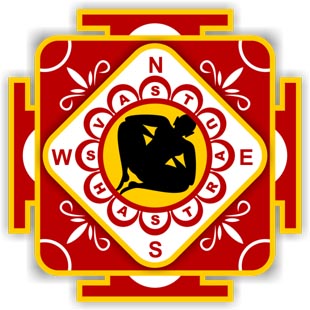 Vaastu Shastra or Vaastu Shilpa Shastra is pure science which deals with the various aspects of building and sculpture. In technical terms, it can be defined as a science dealing with the psychological, corporeal and spiritual arrangement of the built environment and the harmonious interaction of various forms of energy within the built-up structure. It is slowly becoming so extensive that it would not be difficult to find a Vaastu Shastra service in USA or a Vaastu Shastra expert in USA. It is a part of Stapatya Vedas. The postulates of Vaastu Shastra can be found in written texts. These texts provide information on the art of design and architecture, iconography, iconometry and also on the basic rituals in community life. Many people associate this science with superstition and by doing so they are doing nothing but cutting down the growth and relevance of this science.

The term ’Vaastu’ means a dwelling place of either God or man and’ Shastra’ means scientific treatise. Vaastu Shastra originated in India and its roots can be traced back in the epic times of Ramayana and Mahabharata. The tradition of Vaastu finds its application in the cities of Mohenjadaro and Harappa as well as in the Brihadeeswara temple, the Trimurti sculpture and many more ancient architectural structures. Its influence can also be seen in the Indus Valley Civilization. Modern historians have traced its origins during the period of 6000 BC and 3000 BC. Vaastu Shastra can be applied in the construction of all kinds of structures from residences to factories, from temples to hotels, roads and so on.

It is based on the elements of Panchabhutas-Vayu (air), Jal (water), Agni ( fire), Aakasha (space), Bhumi (earth).There exists basically three types of Vaastu- Chikitsa, Srishthi and Vardhamana . In all these three types of Vaastu there exists a constituent of amalgamation between the resident and the structure. This science brings about a harmonious relationship between the lifestyle of the inhabitants and the environmental energies which in turn brings about fruitful results in the life of the inhabitants. Many people believe that by building structures based on the principles of Vaastu Shastra, one would achieve complete utopia. But this interpretation is purely false, since ups and downs in life are inevitable. This science aims at offering spaces in a structure which would provide its inhabitants a positive atmosphere during troubled times.

Today the relevance of Vaastu Shastra in Indian Architecture has increased a lot. It is increasingly being used as an effective means for evaluating the role of a structure in the health and economy of its inhabitants. It has firmly established itself in India and is gaining its significance in foreign countries too. The reason for its growing importance lies in the fact that it provides comfort and positivity in a world overpowered by distress and isolation. The presence of a Vaastu Shastra service in USA or a Vaastu Shastra expert in USA shows that people all around the world desire a positive atmosphere around them.